What leads to suicide?

There’s no single cause for suicide. Suicide most often occurs when stressors and health issues converge to create an experience of hopelessness and despair. Depression is the most common condition associated with suicide, and it is often undiagnosed or untreated. Conditions like depression, anxiety and substance problems, especially when unaddressed, increase the risk for suicide. Yet it’s important to note that most people who actively manage their mental health conditions go on to engage in life. 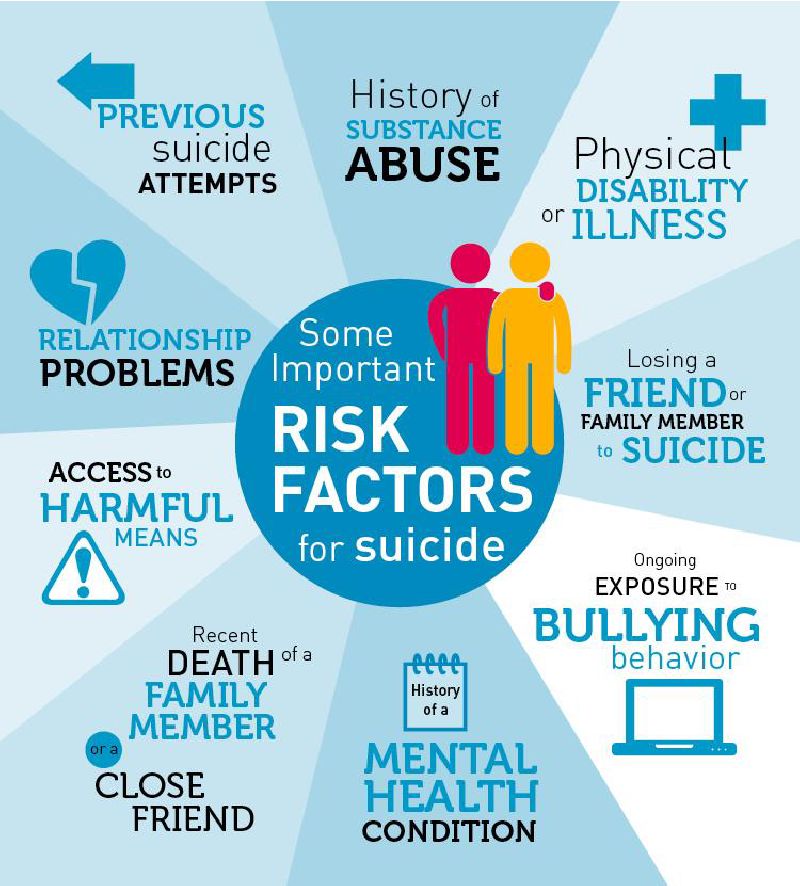 Something to look out for when concerned that a person may be suicidal is a change in behavior or the presence of entirely new behaviors. This is of sharpest concern if the new or changed behavior is related to a painful event, loss, or change. Most people who take their lives exhibit one or more warning signs, either through what they say or what they do. 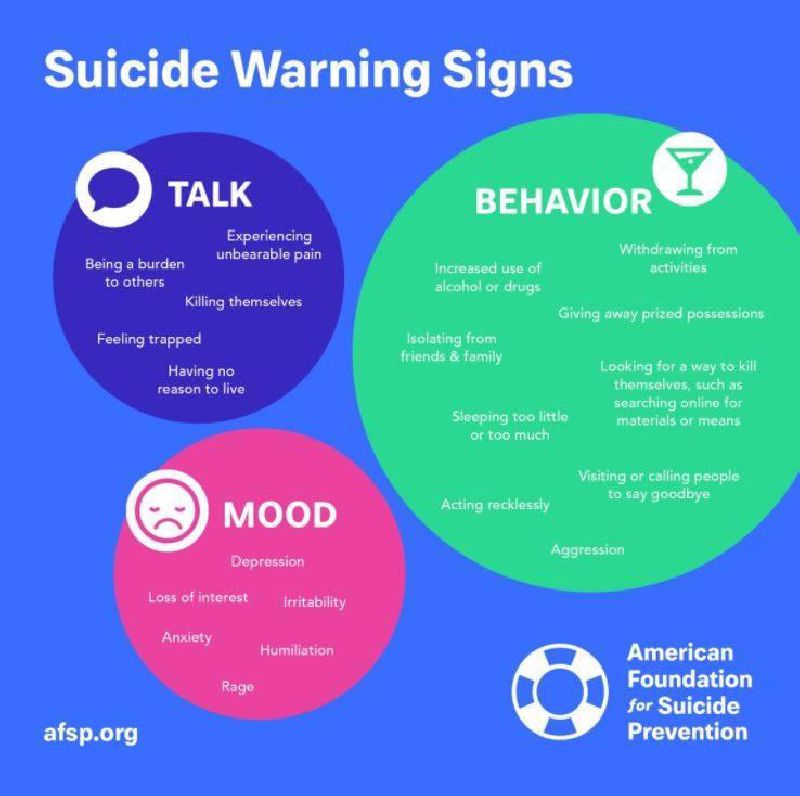 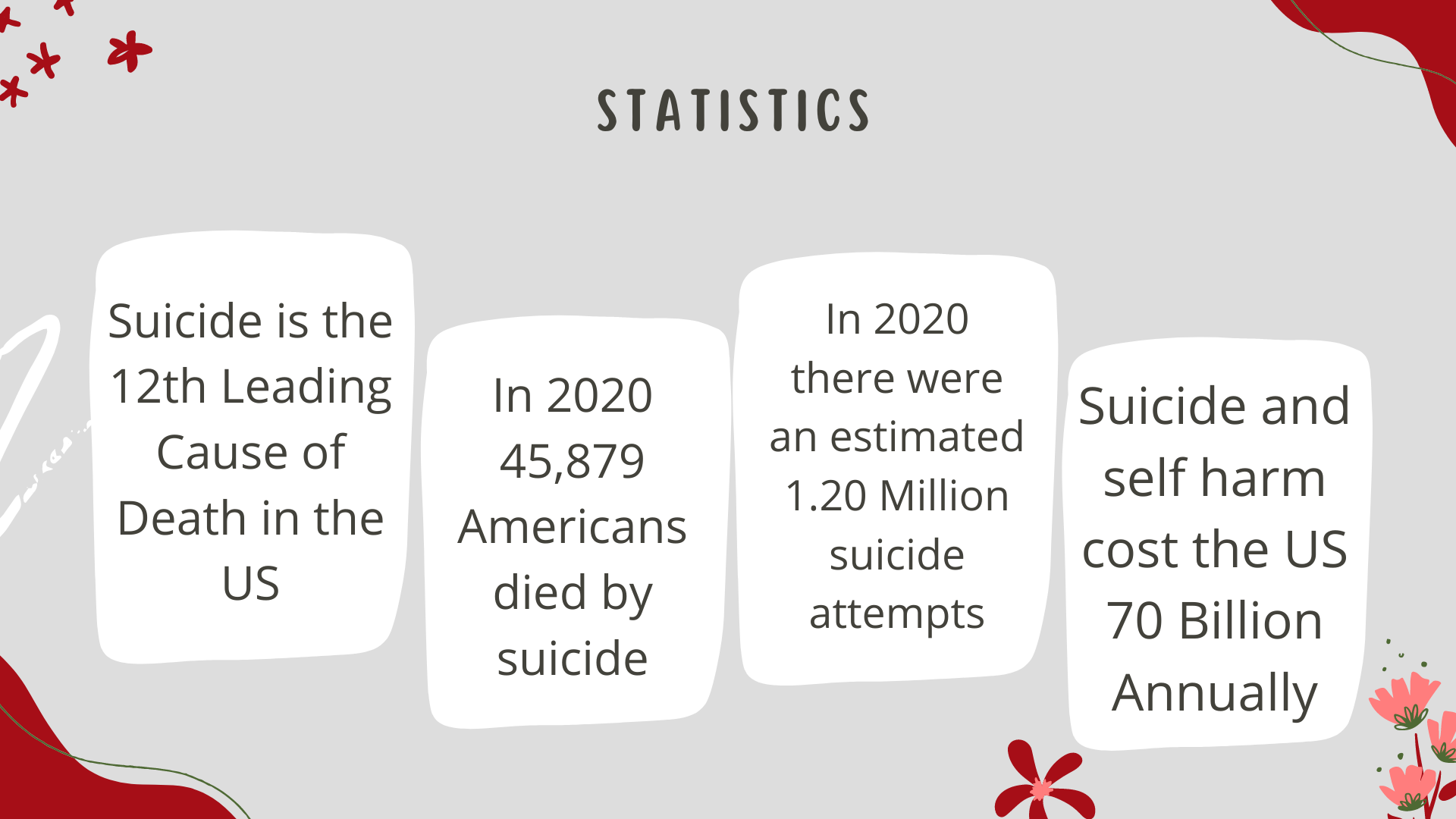 Additional Facts About Suicide in the US

Sign up to receive our newsletter at the left of this page. For previous newsletters, select from the list below:
Fall 2021
Winter 2022 Spring 2022